Public Overwhelmingly Supports ECE Investments – So Why Don’t They Pay For Them? 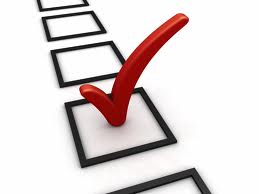 A new survey from the First Five Years Funds reports that Americans strongly support early childhood investments.  For example, 70% of voters agree that we should be doing more to ensure kids enter kindergarten with the knowledge and skills they need to be successful, while 70% support a federal plan to help states and local communities provide better ECE.

Yet, In spite of all we know about the effectiveness of preschool, federal funding for Head Start has flatlined  over the past several years, holding steady at $6.4 billion, while state investments in preschool have actually dropped after reaching a peak of $5.1 billion in 2012.  So if Americans from across the political spectrum (60% of Republicans and 84% of Democrats) support increased investment in ECE, why doesn’t this translate into, well, actual increased investment in ECE?

To some extent, the devil is in the details.  According to the poll, people are supportive of the broad outlines of a federal program which would not increase the deficit.   In the short term, however, choices are not always as straightforward.  While we know that greater ECE investments have both economic and personal payoffs, these payoffs may not occur for several years.  Trying to create a high-quality ECE system with no up-front costs is impossible.  That’s why it’s called an investment – we invest now to receive benefits later.  And when the brighter future does arrive, it is difficult to point to specific investments and say here’s what would have happened if we hadn’t made the investment.

Of course, the overriding complication may simply be the increasingly partisan political landscape in which policy change in Washington is often driven more by sloganeering and party orthodoxy than by the evidence-driven progress most Americans support (see also gun control, deficit reduction, immigration, etc.).

One solution?  Communicating the real effects of ECE interventions in local communities, especially economic benefits.  The actual people in our country who vote – if not the hogtied political enterprise – is filled with people who want to see our kids succeed.  They are Republicans, Democrats, and everyone in between.  Making the case at the local and state levels may be a more effective means of driving change.