How To Buy An Election: Machine Learning to Predict Election Results 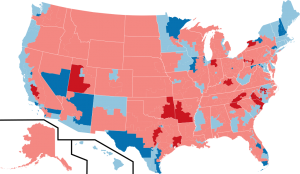 The Federal Election Prediction Model predicts U.S. House of Representatives election results using advanced machine learning algorithms. The analysis predicts the number of votes a candidate will receive in a given election cycle, taking into account campaign contributions and “dark money” spent on behalf of a candidate; candidate characteristics such as political party and incumbency status; and district information including demographics, economic, and educational factors.

The model showed promising results, demonstrating an R2 value of .82 – indicating that it explained about 82% of the variance in electoral vote totals. This value is only slightly lower than the sophisticated model developed by researchers at Facebook and Google.

The model can be used to estimate vote totals in swing districts and to help determine the potential impact of funding on election results. The same methodology could be adapted for use in state or local voter models.

Code for the model can be found at Dr. Brodsky’s GitHub repository here.