Funding Preschool in Colorado Could Create Billions in Benefits 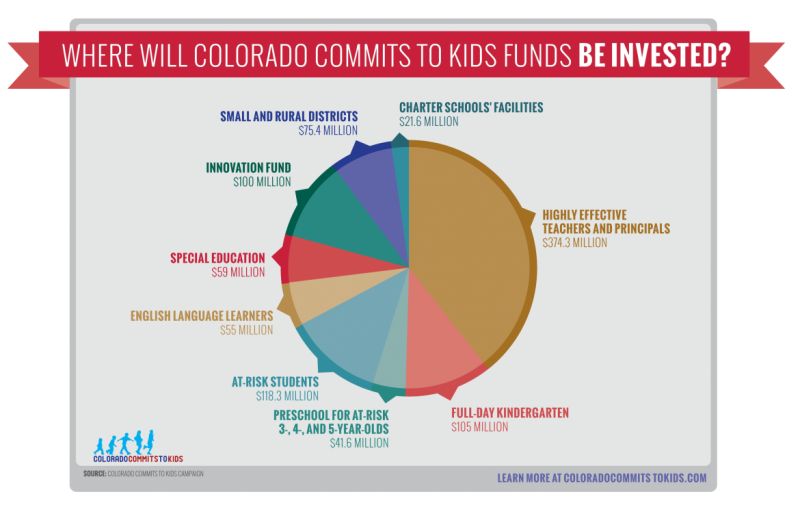 Next week Colorado will vote on a constitutional amendment to raise $950 million for education funding.  Amendment 66, which Governor John Hickenlooper somewhat hubristically claims would be “one of the most comprehensive education-reform initiatives in the history of the United States,” would direct $165 million for full-day kindergarten and $77 million to expand the number of publically funded preschool slots in the state.

The question taxpayers should be asking is:  is it worth it?

One way to answer this question is to estimate the economic returns to the state based on given ECE investments.  Earlier this summer, the Colorado Early Childhood Leadership Commission released the results of an ECE cost-benefit analysis I led during my tenure at APA Consulting.  The analysis, based on results from the ECLC’s Colorado Early Investment Model, found overwhelming support for the notion that targeted investments in ECE in Colorado would create long-term benefits for children, parents, and taxpayers.

Our analyses were based on the research literature on the costs and benefits of preschool programs.  We used parameters from this national research base to make estimates for Colorado, adjusting for factors including program quality, child demographics, and local costs.

The results were striking.  Simply funding the 7,800 children who are already eligible for CPP but not enrolled would cost about $36 million, but would yield around $200 million in economic benefits – over a 5-fold return.  These benefits accrue to school districts, in the form of reduced spending on special education and other factors; to the social welfare  system as fewer children require services; and to children themselves in the form of increased income.

Increasing preschool quality for kids already enrolled has an even more dramatic effect.  For example, moving all children currently in low-quality sites (those rated 1 -or 2-stars) to high-quality sites (3 stars)  yields over $2 billion in benefits, at a cost of about $84 million – a 13-fold return.  While this number necessarily has some “noise” – estimating benefits 20 years into the future is not an exact science – it is not dissimilar from other analyses on the cost-effectiveness of preschool.  (Increasing quality has a particularly impressive effect because we assumed that low-quality sites yield virtually no economic benefits).

Our analyses did not examine the benefits of kindergarten or expansions to the K-12 system.  Research suggests that investments targeted at younger children will reap greater investments – so returns to kindergarten are likely to be lower than those targeted towards preschoolers.  Still – especially given Colorado’s relatively poor commitment to education funding record, it’s hard to see how Amendment 66 will not be a net benefit to the state.