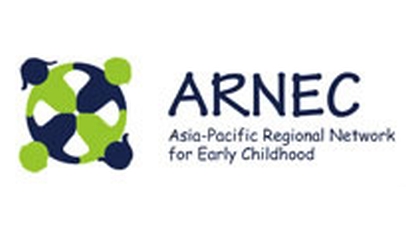 Last month I had the pleasure of attending the Asia Regional Early Childhood Network (ARNEC) conference in Singapore.  It was remarkable to connect with engaged, passionate early childhood advocates from around the world.

This week I report on my presentation at ARNEC (the full PowerPoint is here), which focused on approaches to ECD cost estimation and its application in the developing world.    Next week I will delve more into the great work going on around the world in ECD by my ARNEC colleagues.

Much of the longitudinal research on early childhood effectiveness has been conducted in the United States and other developed countries.  This research base, which is familiar to those in the field, demonstrates that high-quality early interventions have individual and economic benefits far in excess of the original costs – with returns up to 11 times the original investment.

My own ECD cost modeling work in the United States, which applies this research base in specific contexts, has yielded several key principles:

1.  Our public per-child investment in early childhood is very small compared to that for older children.  For example, in New York, a total of about $4 billion in public funding is spent on early childhood, which equals about $2,754 per child.  This compares to over $19,000 per child in the K-12 system – which includes the public school system only, not additional services such as health care of state-level administration.

2.  Increasing child care quality has a greater impact than expanding enrollment.  Our simulations of the changes in economic benefits due to changes in the early learning system suggest that the greatest economic returns are reaped by increasing quality.  This is because low quality programs likely have very little impact on child outcomes in future years.  Increasing the quality of existing sites that receive public funding – which are also likely to serve the most needy kids – has a large impact.

3.  Evidence points to a systemic approach to EC investment

Developmental research demonstrates that the most crucial years for brain development are between birth and age 3.  Our investments, however, tend to be focused on preschool programs, especially for 4-year olds.  While high-quality preschool is important, an early childhood investment strategy should also focus on high-quality health and family support interventions for younger children.

What It Means In the Developing World

Many of the principles at work in wealthy countries also apply in low and middle income countries.  These principles are based on shared basic goals for development, such as the Millennium Development Goals, as well as some research that indicates that the effectiveness of early childhood interventions is similar (as measured by effect size for children who received the program compared to those who did not) in the developing world as in the developed world.

However, there are some key differences to applying cost estimation work in lower income countries. These include:

1.  Differences in cultural values and goals.  These goals must be taken into account in quantifying effects.  While many goals are universal (such as improved health outcomes for newborns), others (such as mastery of local culture and history) may be more context-specific.  The measured goals of early childhood interventions should take these into account.

2.  Implications of work in high-conflict or very poor regions.   In many areas of the world, urgent concerns such as basic nutrition or avoidance of conflict must be addressed before other early childhood services such as preschool can be successfully implemented.  Public investments in low-income countries need to address these issues successfully.

3.  Importance of building stakeholder trust.  A host of issues arise in doing research and advocacy in cross-cultural contexts.  Clearly identifying the goals of projects and the range of people involved in setting goals and participating in the project is important in any context, but is especially crucial in cross-cultural contexts when buy-in and support by local representatives is essential.